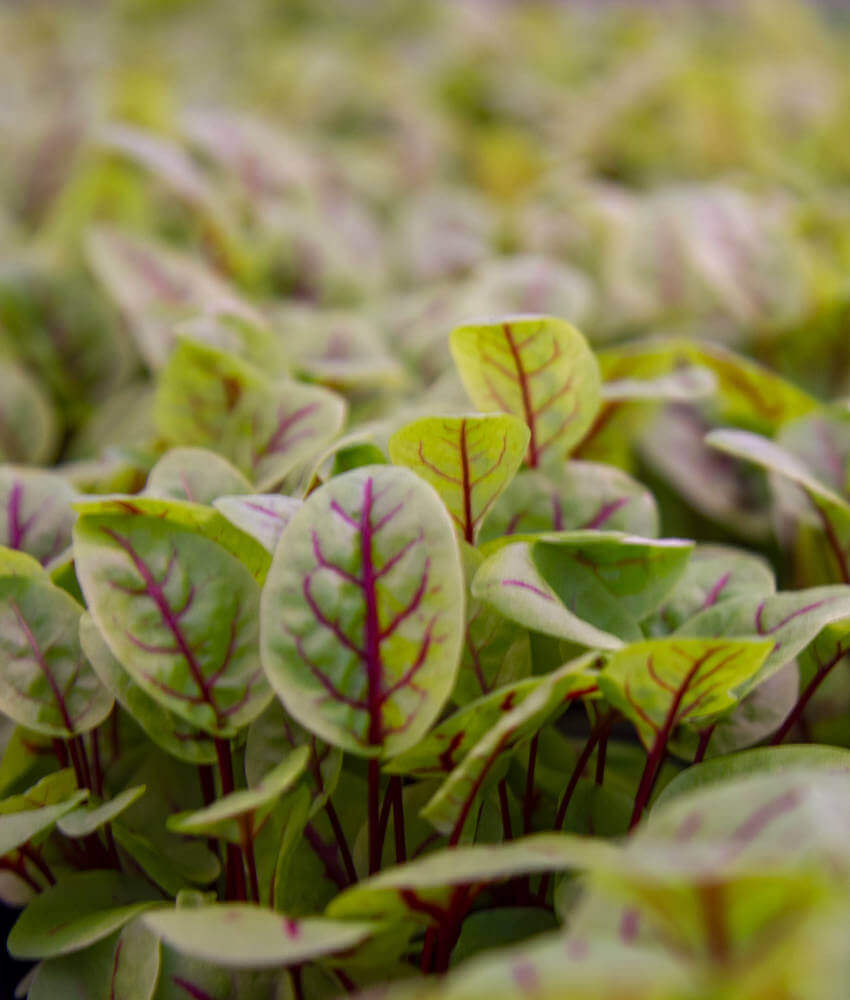 After a career in the perfume industry, Damien Lepeintre decided to start growing microgreens in Orleans. It was in 2018 that he created La Ferme Positive. Positive because climate issues are at the heart of this project. Eventually, the goal is to obtain a production with a neutral ecological footprint “I made the choice to produce under a greenhouse so that it is as natural as possible. “After starting with classic varieties such as radishes and peas, he has expanded his range to produce 20 different varieties. Among them are agastache, lemon balm, but also purple basil and coriander. 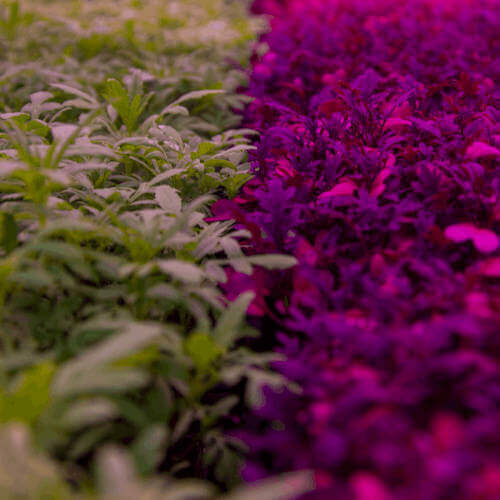 A sustainable light for a thoughtful consumption

La Ferme Positive’s restaurant customers have constant needs throughout the year. To meet this demand, Damien Lepeintre decided to equip his greenhouse with a heating and lighting system. His needs in terms of lighting are very specific.

“ I wanted an intelligent and environmentally friendly lighting solution. An on/off system without controlling the energy spent would not be consistent with my vision of the business. “
Damien Lepeintre
Manager, La Ferme Positive

A personalized and relevant offer

“When I got Louis Golaz (RED Horticulture General Manager) on the phone, I could see that he knew what he was talking about. His attentiveness and responsiveness convinced me. » A light diagnosis was established in order to determine the number of luminaires necessary for the production objectives. It was therefore natural that Damien chose the SOLSTICE™+TAURUS solution. It takes into account natural conditions to optimize the artificial light delivered. 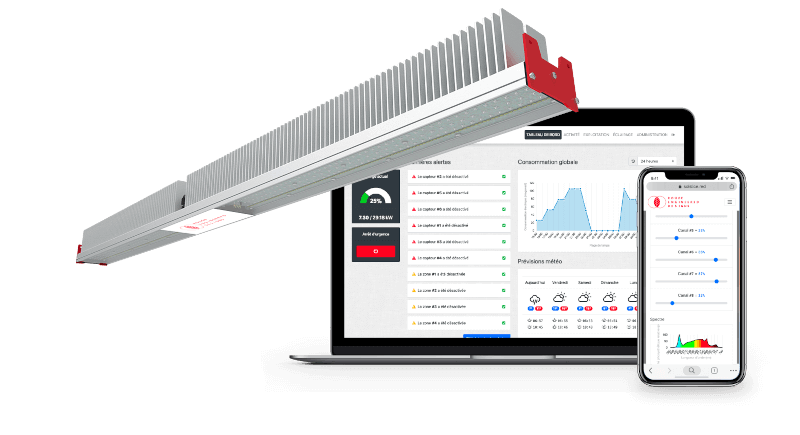 The combination of power and efficiency of the TAURUS luminaire controlled by the intelligence of SOLSTICE™.

A solution connected and adapted in real time that allows Damien to tailor his lighting to his crop types and objectives.

The Orléans-based producer benefits from both industrial and photobiological expertise. “It is essential that the lighting adapts to natural light, and working with RED photobiologists allows us to gain control.

The light combinations used is specific to the cultivation of micro-pods and allows only the wavelengths necessary for the plant’s development to be delivered.

In the future, Damien Lepeintre hopes to be able to provide tailor-made products, to adapt to the demands of each restaurant owner. Always with the aim of obtaining top-quality products, both in terms of taste and aesthetics. RED Horticulture’s mission is to accompany him in this approach thanks to a lighting solution always more economical and efficient.

Amongst the French market leaders for vegetable...

The world-travelling journalist conquering the...