The spectrum and colors of light 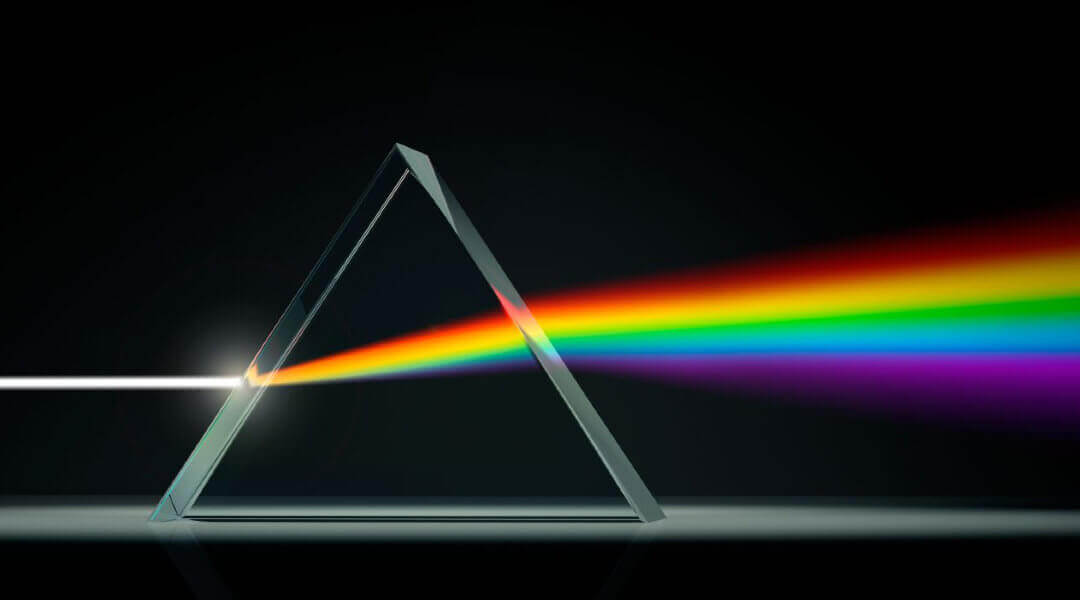 Light is a flow of photons carried by an electromagnetic wave emitted by an energy source such as the Sun, a light bulb filament or an LED. Regardless of the source, these photons are always of the same nature. We characterize them by their wavelength, which is directly related to their energy. By property, the shorter the wavelength, the more energy it carries. Light wavelengths (λ) have the unit nanometre (nm) as their unit. It is by this unit that we can classify any type of radiation. In this classification we find ultraviolet (UV) from 200 to 400 nm, blue from 400 to 500 nm, green from 500 to 600 nm, red from 600 to 700 nm, near infrared (NIR) from 700 to 800 nm and finally infrared (IR) from 800 to 1200 nm.

Emission spectra vary according to the light sources used in horticulture as shown on the following images: